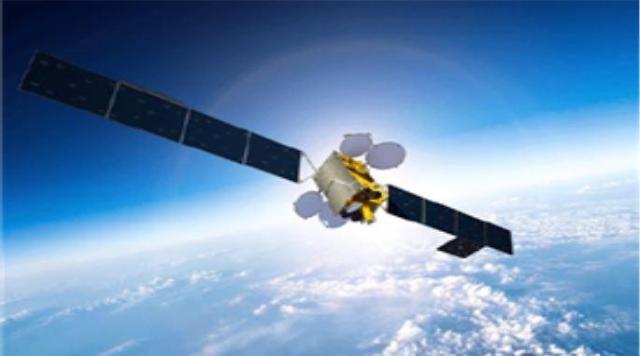 [Courtesy of the Ministry of Land, Infrastructure and Transport ]

SEOUL -- South Korea took an important step to provide accurate location information services with the successful launch of a rocket carrying the first satellite for its independent satellite-based augmentation system (SBAS) that can correct GPS errors in real-time. European heavy-lift space launch vehicle Ariane carrying the satellite blasted off at a space center in French Guiana.

South Korea has leased Malaysia's MEASAT-3d communication satellite for its satellite-based augmentation system (SBAS). The satellite equipped with a repeater was successfully separated at 7:18 a.m. (Korean time) on June 23, according to the Ministry of Land, Infrastructure and Transport.

The 5.7-ton satellite will move to a geostationary orbit in 12 days to conduct signal tests, the ministry said, adding that a full service is to begin in 2023 after the safety and reliability of the Korea augmentation satellite system (KASS) are verified. South Korea became the seventh country to join an international campaign for the propagation of SBAS, after the United States, the European Union, India, Japan, Russia and China.

As GPS signals travel down to the Earth from space, the layers of the atmosphere refract and slightly delay signals, interfering with the range solutions from the GPS receiver on the ground to the satellite, resulting in positional errors of several meters. The performance of global navigation satellite systems such as GPS can be improved by SBAS. Using measurements from ground stations, correction messages are created and sent to one or more satellites for broadcast to end-users as differential signals.

SBAS is essential for applications where accuracy and integrity are critical. In the aviation sector, GPS does not satisfy strict operational requirements set by the International Civil Aviation Organisation (ICAO) for use in such critical flight stages as final approaches. With the addition of SBAS, ICAO standards are satisfied.

"The successful launch has laid the foundation for providing an accurate location information service," Land, Infrastructure and Transport Minister Won Hee-ryong said during his visit to the satellite control center of the Korean Aerospace Research Institute (KARI) in the central city of Daejon.

Signals can be used 24 hours a day, anywhere in the country, for free. More precise and reliable location information can be provided for mobility services such as navigation, drones, autonomous driving, and urban air traffic (UAM), an ecosystem covering personal air vehicles and infrastructure.

At an on-site meeting, researchers called for the quick localization of core payloads such as wireless amplifiers and oscillators to reduce South Korea's heavy dependence on foreign technologies. The ministry aims to launch a second satellite in 2025 and the third one in 2027

South Korea will try to localize core technologies and launch more satellites for the implementation of the Korean positioning system (KPS) by 2035. SBAS and KPS can be applied to autonomous driving, unmanned flying vehicles, precision maritime operations, and precision missile strikes.

KPS is based on seven satellites that can provide independent positioning and navigation signals over an area spanning a 1,000-km radius of Seoul. The goal is to prove an ultra-precision location data service and reduce the error range of positioning in its service area to less than one meter. KPS is essential for national security and the development of new technologies such as personal air vehicles and air taxis. The United States has agreed to provide help for the development of KPS.