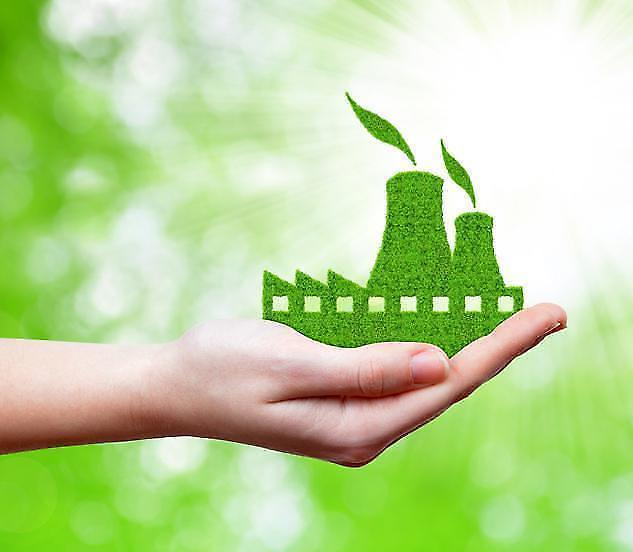 SEOUL -- South Korea's broad new energy roadmap was unveiled to jack up the ratio of electricity generated by nuclear power plants in South Korea's energy mix to more than 30 percent by 2030, tolling the death knell for a "nuclear-exit" policy adopted by the previous liberal government to achieve net-zero carbon dioxide emissions by 2050.

The new energy roadmap endorsed at a cabinet meeting on July 5 highlighted internal and external uncertainties such as the Russia-Ukraine war that disrupted a global energy supply chain and prompted major countries to reset their energy policies.

Energy is emerging as a key element of national security and carbon neutrality, the Ministry of Trade, Industry and Energy said, adding that the new roadmap would replace the previous government's policy of phasing out nuclear power plants "internally and externally."

Calculation was based on the assumption that the normal operation of 24 nuclear power plants in service would be ensured and the construction of four more plants would be completed without a hitch. However, the ministry gave no clear timetable on coal power generation, saying only that reductions would be induced.

Decisions on the proportion of renewable energy such as solar and wind power plants will be made in the fourth quarter of 2022, the ministry said, predicting that South Korea's dependence on fossil fuel imports would decrease to 60 percent by 2030 from 81.8 percent in 2021.

Moon Jae-in, a liberal ex-president who completed his five-year term on May 10, has prioritized the establishment of infrastructure for renewable energy and a hydrogen economy in an effort to achieve net-zero carbon dioxide emissions and decrease the number of nuclear power plants to 14 in 2038. His conservative successor, Yoon Suk-yeol, has vowed to actively revitalize South Korea's struggling nuclear power industry.

Yoon has pledged full support for the introduction of SMRs, which have been studied to address the limitations of traditional light-water reactors using low-enriched uranium that cost a lot to replace nuclear fuel and require a vast emergency evacuation zone, nonproliferation and waste management.

Yoon's government would prepare a special law for the disposal of high-level radioactive waste and establish a control tower to take charge of related tasks. There have been growing concerns about nuclear waste and the management of spent fuel because Washington refused to ease restrictions on the development of reprocessing facilities to acquire enriched uranium as fuel.