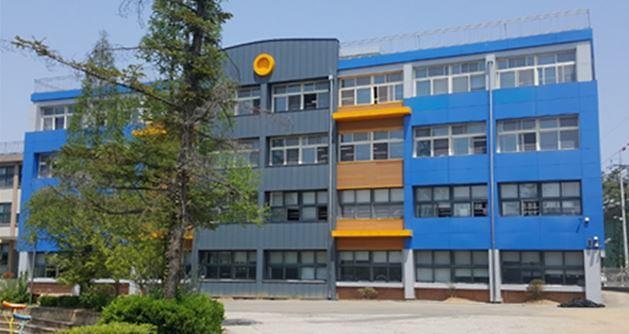 SEOUL -- South Korean researchers have developed a smart system that can reduce lighting and cooling energy by automatically controlling the brightness of indoor lighting equipment according to the amount of light while appropriately blocking direct sunlight.

An optical sensor dimming control system was linked with an automatic indoor shading control to save indoor lighting energy, according to the Korea Photonics Technology Institute (KOPTI). The system has reached a control accuracy of 96.4 percent, which is the highest level in the world and higher than 85 percent posted by an automatic shading control system from Luton, an American company that creates a system of electronic roller shades.

"If our optical sensor dimming control system interworking with automatic shading control can be applied to various buildings such as offices, shops, and houses in the future, it will play a major role in reducing greenhouse gas emissions through the implementation of zero energy buildings in South Korea," Kim Yu-sin, a senior KOPTI researcher, said in a statement on July 11.

The system was installed at a middle school building in Yeoncheon, a county north of Seoul, for eight months of demonstration that confirmed energy savings by 43 percent more than LED lighting, KOPTI said. A consortium of four research bodies, three university teams, and three private companies has been involved in a public project to demonstrate energy-saving technology in school buildings.

The number of school students in South Korea is decreasing, but energy consumption is steadily increasing due to increased after-school activities. Demand for air conditioning is also growing because most buildings face south. Screen curtains and blinds are installed to block unnecessary direct sunlight.

Researchers will conduct a subsequent study to develop an advanced system that considers biological rhythms and test it at a state welfare center in the southern seaside city of  Suncheon in August, the institute said.