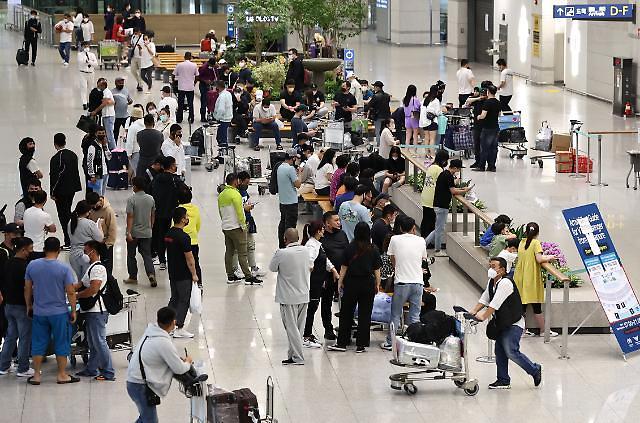 SEOUL -- As the number of tourists is anticipated to increase significantly over the summer vacation season amid a new wave of COVID-19 resurgence, the government will step up quarantine inspections at key airports, Interior Minister Lee Sang-min said on July 15. In order to strengthen quarantine inspection, an additional 200 quarantine workers would be gradually allocated to Incheon International Airport, South Korea's main gateway, and seven other regional airports.

SEOUL -- According to the Korea Disease Control and Prevention Agency (KDCA), South Korea added saw 39,196 new COVID-19 cases, including 338 from abroad, increasing the overall caseload to 18,641,278. The number on July 14 more than doubled from the 18,511 instances reported a week ago, reflecting an increase in infections across the country since the end of June caused by the extremely contagious omicron subvariant BA. 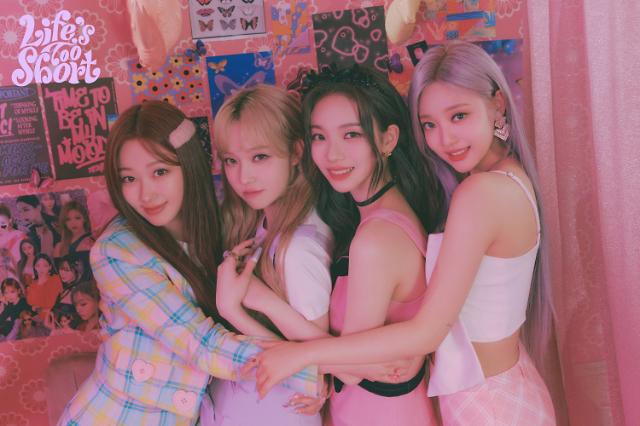 SEOUL -- SM Entertainment, the agency of K-pop girl band aespa, said on July 15 that "Girls," the second EP released by the four-member band, beat the previous record for the largest first-week sales by a K-pop girl group. Last week, SM Entertainment announced that the album had broken a record by selling more than 1.42 million copies in the first week of its release, citing information from Circle Chart, the nation's official K-pop chart, which was formerly known as Gaon. 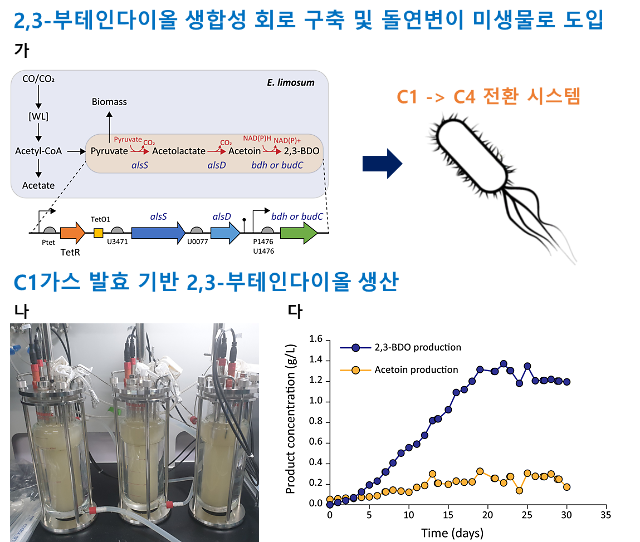 SEOUL -- Researchers from the Korea Advanced Institute of Science & Technology (KAIST)  have developed a bio-refinery technique using biocatalysts to convert C1 gases to C4 chemicals. The new technique involves mutants of "eubacterium limosum," a type of acetogen, as a biocatalyst to convert one-carbon gases including carbon monoxide and methane into useful biochemicals. C1 gases are common byproducts created during various manufacturing processes.