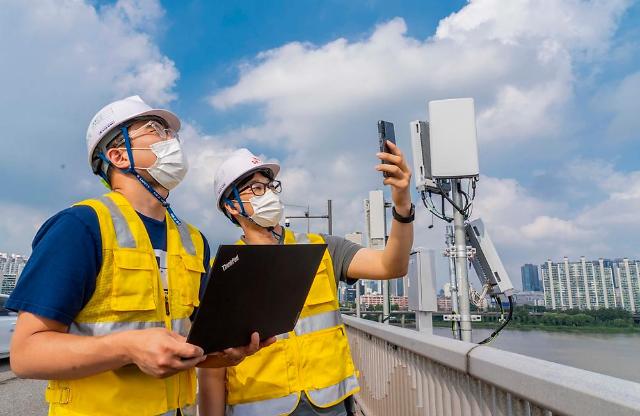 
SEOUL -- SK Telecom, a mobile carrier in South Korea, will establish an aerial 5G communication network for the demonstration of urban air mobility, an ecosystem covering personal air vehicles and infrastructure, in cooperation with a state aeronautics and space agency in a flight test center in the southern seaside county of Goheung.

As a member of UAM Team Korea, a public-private consultative body, to commercialize manned drone taxis in 2025, remote-controlled vehicles in 2030 and a fully autonomous service in 2035, SK Telecom (SKT) is developing a mobile communication network for air taxis.

SKT has tested stable communication quality at the altitude of UAM operation from 300 to 600 meters by using a quality measurement drone in Goheung. By the end of 2022, the company will cooperate with the Korea Aerospace Research Institute (KARI) to install a 5G sky network in the first stage demonstration flight route and support all consortiums and institutions participating in the project to use the network.

Air taxis will fly through corridors, or known as virtual channels in low-altitude airspaces, to prevent accidents and improve the safety of pedestrians on the land.

SKT will build a pilot 5G sky network infrastructure near Seoul for second-stage demonstration through collaboration with its American partner, Joby Aviation. The mobile carrier aims to launch an air taxi service based on Joby's electric vertical takeoff and landing aircraft (eVTOL).