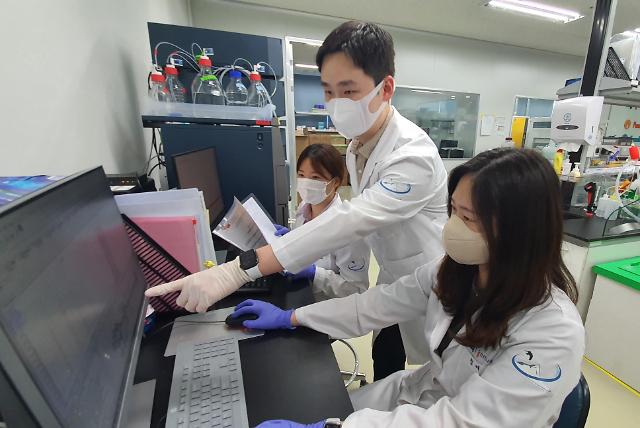 
SEOUL -- A material patent for GI-301, an allergy treatment drug candidate developed by South Korea's bio-venture company GI Innovation, has been registered in Japan where pollen allergy diseases are widespread. The company would try to accelerate technology transfer to Japanese pharmaceutical companies.

GI-301 is a biologic for the treatment of allergic diseases, including atopic dermatitis and chronic idiopathic. Yuhan, a pharmaceutical and chemical company in South Korea, signed a contract worth some 20 billion won ($15 million) in 2020 to co-develop and sell GI-301 in overseas markets except for Japan.

"Starting with the registration of GI-301's patent in Japan, we will do our best to achieve additional technology transfer in Japan," GI Innovation CEO Rhee Byung-geon said in a statement on August 18, describing Japan as Asia's biggest allergy market. "More than one in four people suffer from pollen allergic symptoms caused by (Japanese) cedar trees."

GI-301 is undergoing phase 1 clinical trials for healthy people with atopic dermatitis or subjects with mild allergic diseases. Preliminary results are expected to come by the end of 2022. "We are preparing to start clinical trials in Japan for various allergic indications next year," said GI Innovation founder Jang Myoung-ho in charge of clinical development for new drugs.

The immune system overreacts to an allergen by producing antibodies called Immunoglobulin E (IgE), a type of antibody that travels to cells. Allergic diseases are caused by the secretion of histamine when IgE is combined with fat cells or porcupines. GI-301 is a fusion protein that binds to IgE and prevents it from being combined with obesity cells.

In pre-clinical trials, GI-301 showed superior inhibitory effects over omalizumab sold under the trade name Xolair, which has been used to control severe allergic asthma, which does not respond to high doses of corticosteroids and less widely for chronic spontaneous urticaria.