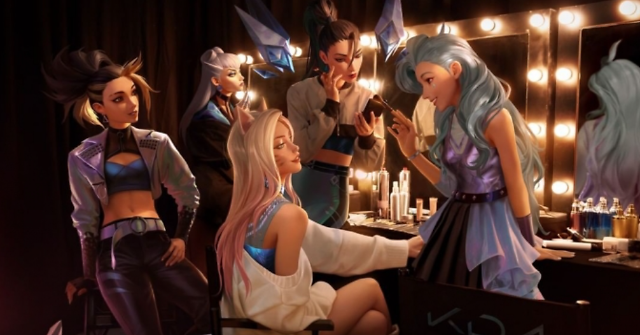 SEOUL -- Former and incumbent K-pop girl group idols will compete in a virtual survival music program to be hosted by the content and entertainment wing of South Korea's web service giant Kakao sometime in the second half of 2022. They will use personalized characters while hiding their names and faces.

The survival music program tentatively named "Virtual Idol Project 30 (VIP 30)" depicts a process in which 30 participants compete with dance and song by transforming themselves into new characters in the virtual world. Kakao Entertainment said the winners will make another debut as a virtual idol group.

Virtual reality and motion capture technology will be applied to capture gestures and facial expressions and transmit them live through virtual characters. Kakao Entertainment will prepare high-quality content including K-pop performances by all 30 contestants. and create rich and lively scenes, with members and fans interacting in real time.

Kakao Entertainment said it would select former and current idol members who have already been verified in the real world.