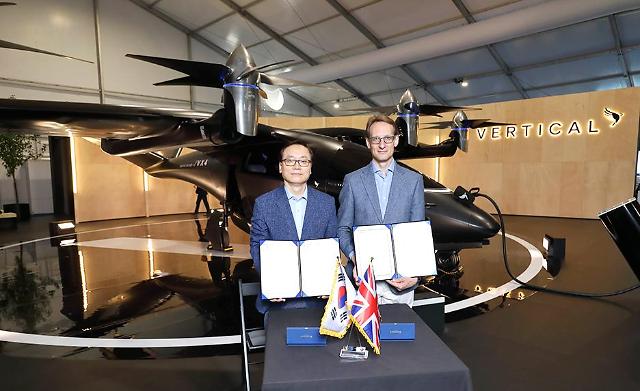 An electromechanical actuator that converts electricity to mechanical force is a core component for personal air vehicles. Vertical's eVTOL model, VX4, is claimed to be capable of traveling over 320 kilometers (200 miles) per hour, with a range of over 161 km with a pilot and four passengers aboard.

Under a long-term development and supply agreement, Hanwha Aerospace said it would exclusively supply actuators for ten years from 2025. The two companies would discuss additional production volumes and strengthen their partnership in the urban air mobility (UAM) business.

By developing and supplying actuators optimized for VX4, Hanwha Aerospace aims to obtain the certification required for eVTOL aircraft from either Britain's Civil Aviation Authority or the European Aviation Safety Agency and establish mass production and supply systems.

Hanwha Aerospace, involved in the development of a battery-based electric propulsion system that acts as an eVTOL engine, would provide energy storage systems and electric engines to Overair, an American eVTOL maker, by 2023.

Along with Overair, Hanwha Systems would release an unmanned life-size prototype in the first half of 2023. They aim to produce an air taxi called "Butterfly" that can fly at a maxim speed of 320 km per hour. The air taxi will be applied with the tiltrotor design of low noise and high efficiency. Tiltrotor design combines the vertical lift capability of a helicopter with the speed and range of a conventional fixed-wing aircraft.