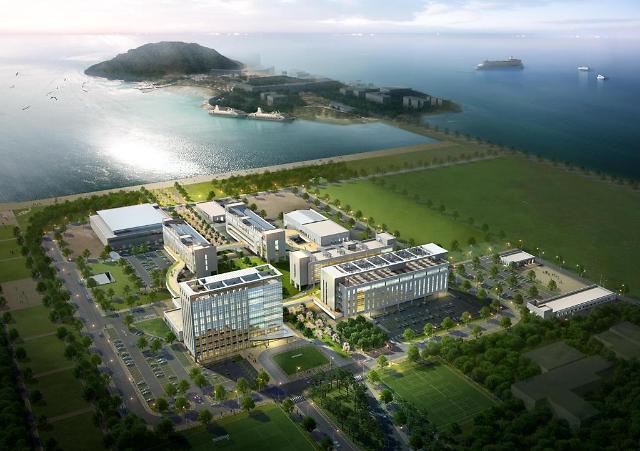 SEOUL -- Hyaluronic acid is an anionic, nonsulfated glycosaminoglycan distributed widely throughout connective, epithelial, and neural tissues. As a chief component of the extracellular matrix, it contributes significantly to cell proliferation and migration. The amount of hyaluronic acid decreases with aging.

Hyaluronic acid is decomposed by an enzyme called hyaluronidase. By inhibiting the activity of hyaluronidase, skin moisturization can be maintained along with the effect of preventing aging. The state-run Korea Institute of Ocean Science and Technology (KIOST) found that the partial hydrolysis of agar, a gelatinous substance extracted from red algae, showed an excellent effect on inhibiting hyaluronidase.

The fully hydrolyzed agar is being used only for simply processed food as it requires large amounts of enzyme. KIOST said its research team has isolated a novel agarase called "Gaa16B" in the marine bacterium Gilvimarinus agarilyticus JEA5 from algae habitats off the southern island of Jeju. They separated the highly active agarase and secured mass production technology through genetic recombination.

"We hope that marine biological resources will be used as functional materials in various fields such as medicine and cosmetics as a key driver of new national growth by proving the efficacy of the partially hydrolyzed agar," KIOST head Kim Woong-Seo said in a statement on August 24.

Researchers found that the partially hydrolyzed agar, which was produced by separating an agar-degrading enzyme from marine microorganisms, inhibits the decomposition of hyaluronic acid.