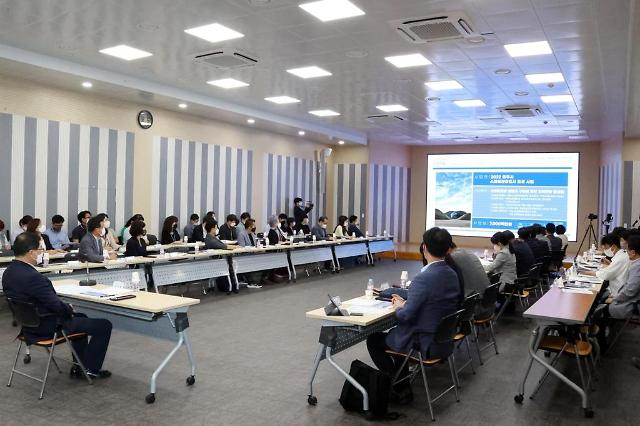 SEOUL -- One-click tourism service that enables tourists to reserve and pay for accommodations, restaurants and transportation using a smartphone app will be adopted in the southeastern city of Gyeongju which has various historical sites. Using artificial intelligence technology, the smart tourism service will recommend travel routes depending on users' personal tastes and schedules.

In 2020, Gyeongju was visited by some 5 million people including about 53,000 foreign tourists. The southeastern city used to be the capital of Silla (57 BC~935 AD), an ancient kingdom that once ruled about two-thirds of the Korean Peninsula. Many tourists visit the city's historical assets designated as UNESCO World Heritage Sites including Seokguram Grotto, an eighth-century Buddhist cave temple.

Gyeongju said in a statement that the city will be created into a smart tourism city through a five-month project starting in August. About 7 billion won ($5.1 million) will be injected to develop smart tourism services including one-click reservation and payment services, mobility and multilingual service. Users can listen to explanations of historical assets using augmented reality or audio guides through a mobile app. Local business operators can also upload products to the app to increase sales.

"We will combine cultural tourism assets with new trends and technologies so that Gyeongju can become the standard for global smart tourism," Gyeongju Mayor Joo Nak-young said in a statement on August 30.