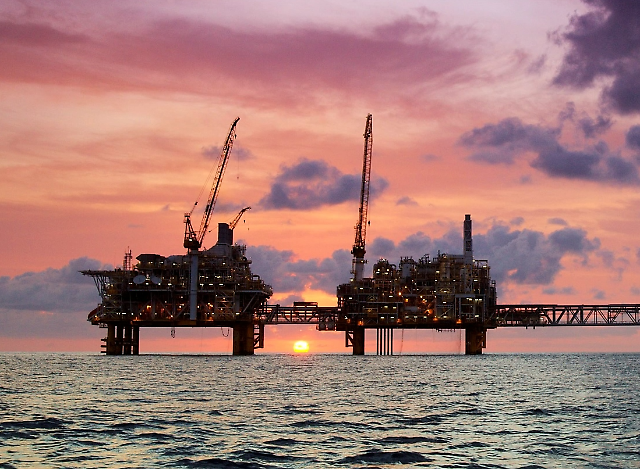 SEOUL -- SK E&S, an energy company affiliated with South Korea's third-largest conglomerate, SK Group, has acquired the right to operate an Australian sea bed for the storage of carbon dioxide in a saltwater layer filled with high-salt brine that has excellent stability in gas storage. Carbon dioxide resides in its liquid phase at high pressures and low temperatures in deep-sea sediments.

Australia has promoted large-scale carbon capture and storage (CCS) projects in depleted gas fields and saltwater layers. G-11-AP, secured by a consortium of SK E&S, Chevron and Santos, is located in Australia's offshore Bonaparte basin, which was found to be suitable for the potential geological storage of CO2.

SK E&S thinks that it will be relatively easy to explore due to a lot of accumulated stratigraphic data. G-11-AP is adjacent to gas fields where exploration and production have already been conducted. "We will proactively prepare for CCS demand that is expected to increase rapidly at home and abroad in the future and actively seek additional CCS-related business opportunities," SK E&S LNG team head Moon Sang-yo said in a statement on September 6.

SK E&S controls a 30 percent stake in G-11-AP. Santos, an Australian oil and gas exploration and production company, owns 40 percent and Chevron holds 30 percent. They would conduct the evaluation of storage capacity and a business feasibility study for three years. If successful, SK E&S would use offshore regions in northern Australia and East Timor as a hub for the storage of carbon generated in South Korea

SK E&S will use a gas production facility in Bayu-Undan in the Timor Sea for the storage of carbon dioxide when production ends in early 2023. In May 2022, SK E&S invested $110 million in the world's largest CCS project in North America that can capture and store up to 12 million tons of carbon dioxide annually.

As part of a group-wide project to promote hydrogen as a new growth engine, SK E&S disclosed a $1.4 billion investment decision in March 2021 to develop gas fields in northern Australia. The company's parent group has presented a goal to build a plant capable of producing 30,000 tons of liquefied hydrogen per year from 2023.