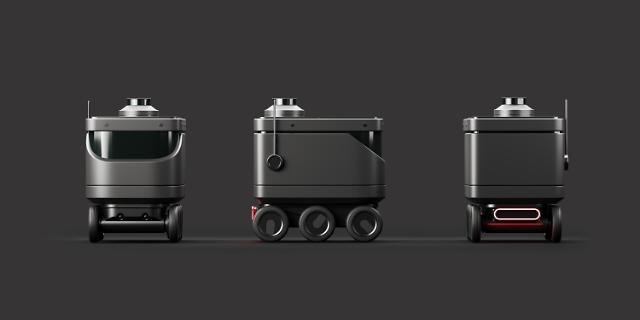 SEOUL -- South Korea's Hyundai auto group won government approval to demonstrate an autonomous robot capable of delivering convenience store items and pizza to apartment residents by going up and down stairs and hills without any difficulties. The robot will be able to maintain balance even on stairs because it changes the shape of its wheel.

Traffic and data privacy regulations were suspended for the demonstration of Hyundai's delivery robot through a regulatory sandbox policy that exempts regulations to help establish a smart city, according to the Ministry of Land, Infrastructure and Transport.

"It will be able to solve the inconvenience of apartment residents and contribute to the development of self-driving robots by supplementing the shortcomings of existing delivery robots," the ministry said in a statement on September 7.

The demonstration will be carried out in Hwaseong, about 30 kilometers (18 miles) southwest of Seoul. Two weeks ago, Mobinn, an in-house venture of the Hyundai auto group, came up with the idea of testing an autonomous robot for a pilot last mile delivery service from a convenience store to the doorstep of customers at an apartment building in Hwaseong.

The goal is to check the driving performance of Mobinn's robot which can overcome stairs and slopes while keeping loading boxes horizontal even, making them suitable for the delivery of lunch boxes and instant coffee.

Various autonomous robots have been tested in South Korea. Some are able to communicate with elevators so that they can call a lift to move up and down floors inside a building. In urban environments, door-to-door delivery services are not easy with existing delivery robots. Legged or agility robots are inefficient in terms of production cost and delivery performance.

Mobinn has tried to develop robots that satisfy requirements such as relatively low production costs, high payload, and energy efficiency by adopting flexible rubber wheels and unique structures. The upper structure is controlled like a swinging bell to maintain the level of loaded goods.