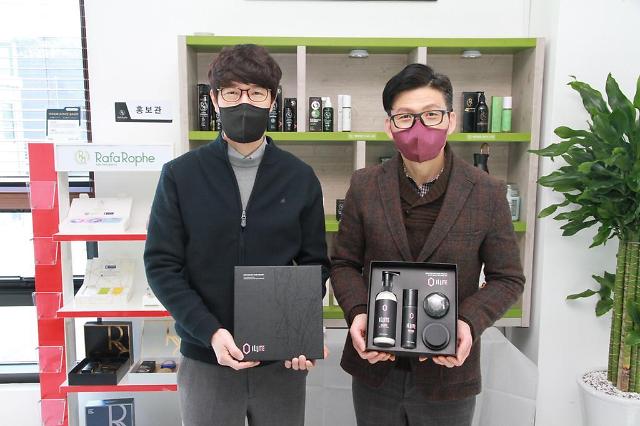 [Courtesy of the Korea Institute of Ceramic Engineering and Technology ]

SEOUL -- Illite is a secondary mineral precipitate that occurs as an altered product of muscovite and feldspar in weathering and hydrothermal environments. South Korean researchers have proved the efficacy of an illite mineral extract that can be used for the development of premium functional cosmetics.

There have been studies to utilize about 500 million tons of illite buried in Yeongdong, a county about 160 kilometers (99 miles) south of Seoul. However, illite has lacked scientific evidence for the function of cosmetics. Through the analysis of elements, researchers found that illite contained minerals such as potassium, manganese, sodium, strontium and zinc, which are known to have antioxidant effects.

In a joint study, researchers from the state-funded Korea Institute of Ceramic Engineering and Technology (KICET) and Rafa Rophe, a domestic producer of harmless products using natural ingredients, developed an optimized process to extract illite in liquid form and secured scientific data related to antioxidant, anti-aging, and whitening effects of illite's liquid extract.

"The illite mineral extract is a functional material that can be used in various bio-industry fields and can be applied to bio-health, beauty care, and non-medical products," Sung Dae-kyung, a KICET researcher, said in a statement on September 7. He pledged a subsequent study to develop natural deodorants, saying the deodorizing effects of the illite mineral extract have been proven.

Mineral-type illite was extracted into a liquid state by applying a temperature of 110~130 degrees Celsius and constant pressure for five hours with biofeedback equipment, KICET said, adding that the extract's antioxidant efficacy was about five times higher than that of mineral water. Researchers described the liquid illite mineral extract as a safe substance due to its excellent biocompatibility.