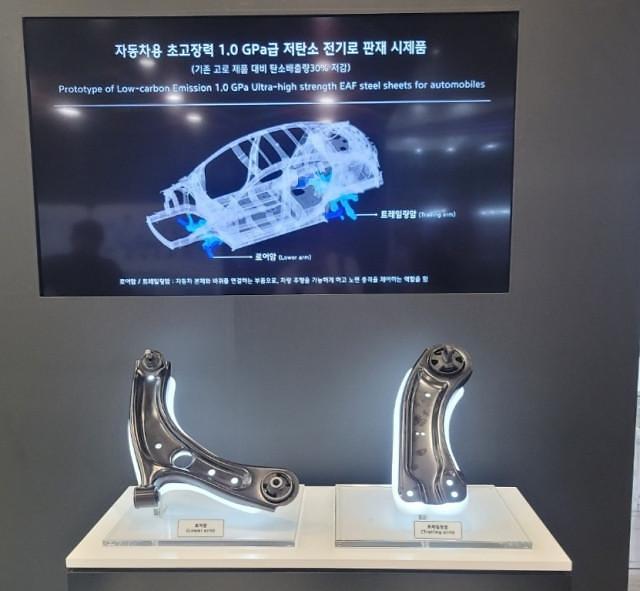 SEOUL -- The steel-making unit of South Korea's Hyundai auto group has succeeded in the pilot production of premium steel sheets that can significantly reduce carbon emissions. Because direct reduced iron and iron scrap are used in an electric furnace, carbon emissions can be reduced by more than 30 percent compared to a conventional method that used iron ore and coal in furnaces.

Direct reduced iron (DRI) is produced from the direct reduction of iron ore into metallic iron by a reducing gas or elemental carbon produced from natural gas or coal. By using ultra-high-tension steel rolling technology for automobiles and refining technology with a special steel electric furnace that can control fine components, Hyundai Steel has produced 1.0 gigapascal (GPa)-class steel sheets capable of withstanding 100 kilograms (220 pounds) of load per unit area.

There have been some cases that produced automobile steel using electric furnaces, but Hyundai Steel said that none of them were high-strength products with a 1.0 GPa or higher. "With the success of this trial production, we have confirmed the possibility of supplying low-carbon high-end products using electric furnaces,” an unnamed Hyundai Steel official said in a statement on September 13.