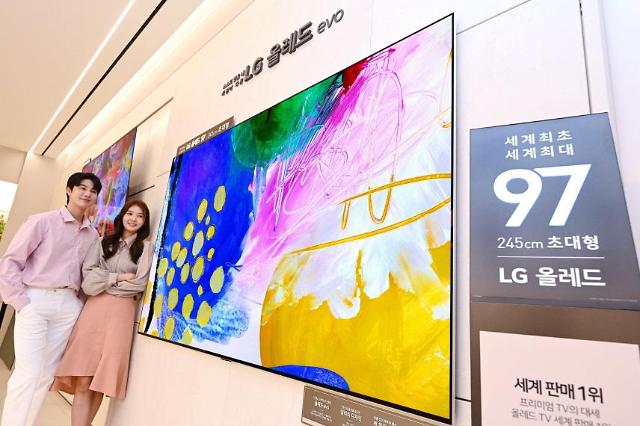 LG Electronics said that the 97-inch OLED evo Gallery Edition will be officially released it in the domestic market on September 21 ahead of its sequential launch in global markets. The new product carried a price tag of 39.9 million won ($28,693).

The 97-inch OLED TV supports Dolby's imaging and sound technologies and features  4K resolution and the AI Alpha 9 processor that increases the three-dimensional effect by distinguishing faces, bodies, objects, letters, and backgrounds in the video, but also converts the two-channel sound into three-dimensional sound.