CJ Freshway's plant-based burger to be offered as school meals 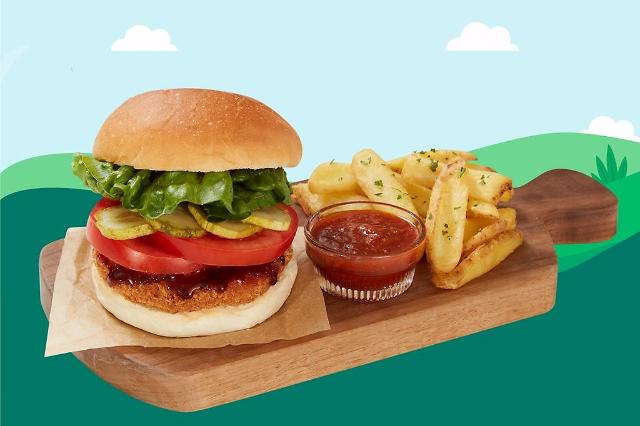 SEOUL --The food material distribution wing of South Korean conglomerate CJ Group released a plant-based burger that will be offered as a school meal. At schools in Seoul, vegetarian meals have been given twice a month since April 2021 as education offices try to popularize vegetarianism so students can get used to a vegetarian diet from a young age.

The number of vegans has steadily increased in South Korea thanks to the increased awareness of health and well-being. Data released by Euromonitor, a market research firm, showed that South Korea's alternative meat market reached $13.9 million in 2021, up 35 percent from a year ago.

"Because we are a business-to-business (B2B) company, a total of 30 burgers will be supplied at once to a school," CJ Freshway official Lim Ji-sun told Aju Business Daily on September 15. Lim said that burgers will be delivered to school cafeterias in the form of meal kits and distributed to students after they are cooked.