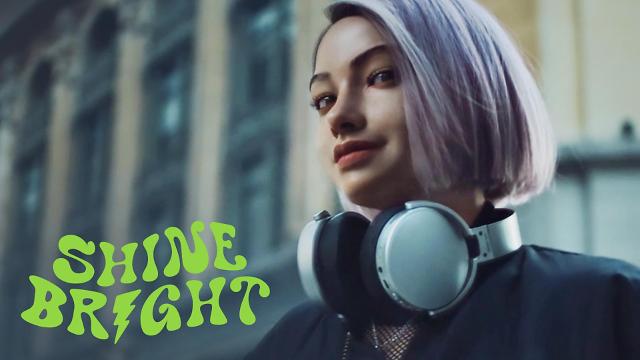 "ANA's unique voice contains the message she wants to convey to the world. We ask for your support for her further activities as a singer," an unnamed Krafton official said after SHINE BRIGHT was released on September 15. The song delivers a message that people shine the brightest when they focus on themselves rather than caring about how others think of them. The song features a groovy beat and a sophisticated melody.

The digital single was created with the help of Cha Cha Malone, the co-founder of global hip-hop label H1ghr Music who is also known for his collaborations with Korean-American rapper Jay Park. Cha Cha Malone became popular in South Korea as Park often cites his partner's contribution by saying the catchy phrase "I need a Cha Cha Beat Boy" at the beginning of collaboration songs.

"Cha Cha killed this beat like always, and Ana's voice is just perfect. Also, the MV (music video) blows my mind. The shots are so artistic and visually pleasing," said heyitsjayjohn, a YouTube user.

"ANA is a hyper-realistic virtual human created by Krafton’s unparalleled technology. We expect her to attract the interest and popularity of Gen Z around the world," Krafton's vice president Josh Seokjin Shin said in a statement.

Various artificial humans are active as models and singers in South Korea. Reah Keem, an artificial musician created by LG Electronics, appeared in January 2022, followed by YuA, a virtual artist created by South Korean game publisher "Smilegate," that released a dance song titled "I Like That."