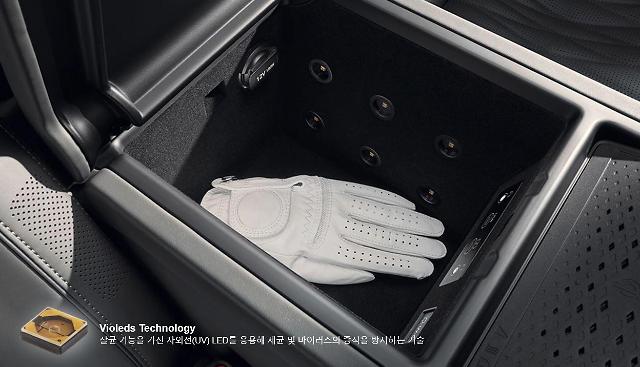 GV90's backseat armrest storage box was installed with a UV-C LED sterilization lamp that can sterilize passengers' belongings. Up to 12 UV-C LEDs were applied to G90 models. When the lid is closed, up to 99.9 percent of harmful bacteria such as E. coli, Staphylococcus aureus, and Bacillus pneumoniae are sterilized within 10 minutes.

Seoul Semiconductor has applied Violeds, a clean technology that prevents the growth of viruses and bacteria with UV-C LEDs. "As we operate our own automobile air and surface sterilization laboratory and are doing our best to develop UV LED sterilization technology, Violeds technology will lead the automobile indoor healthcare market," an unnamed Seoul Semiconductor official said in a statement on September 15.

Seoul Viosys, a subsidiary of Seoul Semiconductor, has conducted various sterilization experiments using its Violeds technology. A COVID-19 pandemic has expanded the use of UV-C LEDs for sterilization.