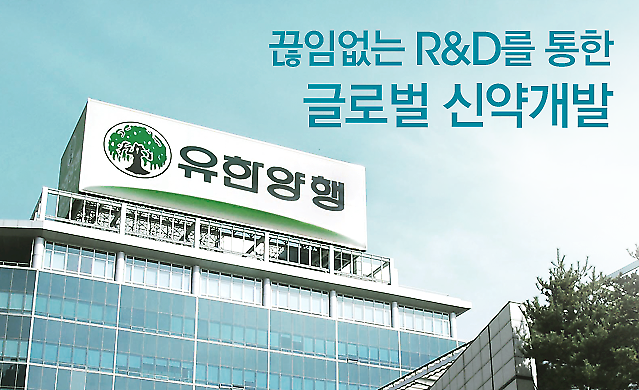 SEOUL -- Yuhan, a pharmaceutical and chemical company in South Korea, will work with its domestic partner, Progen, to develop new drugs using Progen's multi-target antibody platform technology. The deal came a day after Yuhan became the largest shareholder of a developer of microbiome drugs and functional food materials.

Under a memorandum of understanding, the two companies would cooperate in the development of new drug candidate materials. "We hope to develop a new drug with global competitiveness through cooperation with Progen, which has high basic research capabilities," Yuhan CEO Cho Wook-je said in a statement on September 16.

Yuhan and AtoGen would conduct joint research and develop functional health foods and microbiome treatments using functional probiotics, which are live microorganisms intended to have health benefits when consumed or applied to the body. "We will develop microbiome-based treatments and expand the functional probiotics business through the acquisition of a stake in AtoGen," an unnamed Yuhan official was quoted saying.

Yuhan regards probiotics materials and microbiome treatments as the next growth engine. The microbiome is the genetic material of all the microbes -- bacteria, fungi, protozoa and viruses. Humans are colonized by many microorganisms. Some co-exist without harming humans and others have a mutualistic relationship with their human hosts.

The Seoul government has launched a project involving nine state agencies to establish an industrial microbiome ecosystem. In August 2021, the Ministry of Agriculture, Food and Rural Affairs unveiled a project to build a microbiome resource center to create a database of microorganisms by collecting resources and genetic information. The center will house analysis equipment for microbial genomes, ultra-low temperature preservation facilities, and laboratories for animal experimentation.