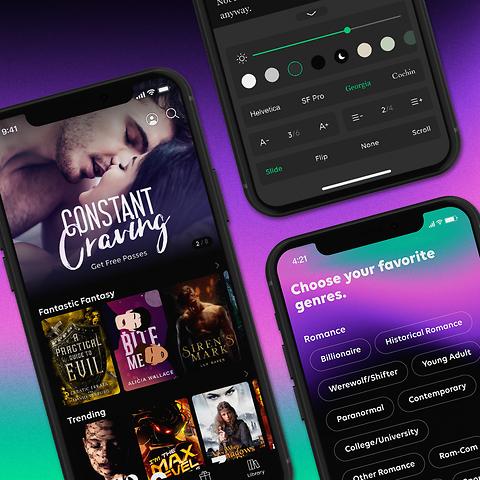 SEOUL -- The web cartoon wing of Naver, a top web portal service operator and IT company in South Korea, launched a serialized fiction app called "Yonder" to secure its foothold in North America. The platform aims to collaborate with various North American publishers including Blackstone Publishing.

Web cartoons, also known as webtoons or webcomics, are digital comic books created to fit into web or mobile platforms. South Korea is the birthplace of webtoons. Popular webtoons are recreated into various content including TV dramas and films.

Naver Webtoon said in a statement on October 13 that many famous web novels including "The Remarried Empress" and "Bound to the Shadow Prince" are available on Yonder. The company will work with well-known publishers such as Blackstone Publishing, Aethon Books, Sterling & Stone, Portal Books and Wraithmarked to present popular works.

The web cartoon company hopes to increase profits using high-quality web novels on Wattpad. The platform, where anyone can publish user-generated stories, has more than 94 million users. In January 2021, Naver took over Wattpad.

In South Korea, various web novels have been recreated into webtoons. The text description of web novels can be transferred to webtoon characters' lines. For globalization, Naver Webtoon's headquarters was moved to Los Angeles in 2020.