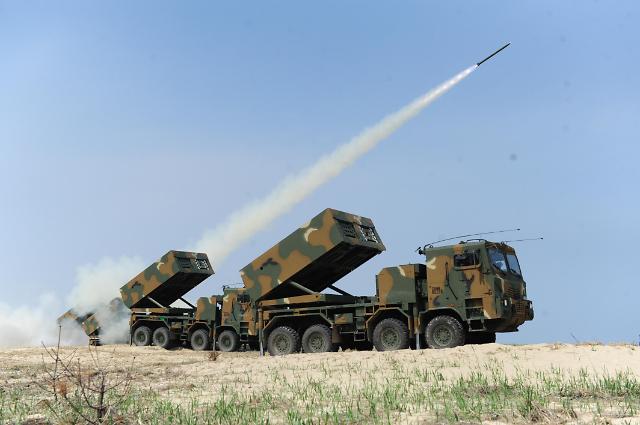 SEOUL -- Russia deserves gratitude from South Korean defense companies for providing a rare opportunity to acquire core technologies for advanced military equipment such as missiles and enhance the brand power of their products as seen in lucrative arms deals with Poland, which opted for the quick introduction of alternative weapons to fill up equipment shortages caused by the transfer of munitions to Ukraine and the delayed arrival of U.S. systems.

South Korean weapons have good reasons to be selected by Poland and other countries for their quick delivery, price competitiveness, relatively excellent performances, and sincere partnerships with local companies, although the technology level of South Korean firms is still behind that of American companies, which are reluctant to transfer sensitive technologies even to their traditional partners.

The latest series of orders for South Korean military equipment owes much to Russia's invasion of Ukraine which raised security concerns and prompted Poland and some other European countries to refurbish their weapons systems. "The analysis of the war in Ukraine underlines the particular value of the artillery. Hence, we decided to strengthen Polish artillery, emphasizing rocket artillery," Poland's defense minister Mariusz Blaszczak said after he signed an arms contract to buy Hanwha's K239 Chunmoo artillery system.

Hanwha Defense said that the first batch of 18 Chunmoo artillery systems and ammunition would be delivered to Poland in 2023, complimenting the acquisition of K9 howitzers. Chunmoo would be integrated with Polish subsystems as Hanwha Defense uses Poland as a forward base in Europe to expand exports of various weapons systems. Poland is a member of the K9 user community that also groups Turkey, India, Norway, Finland, Estonia, Australia, and Egypt. Hanwha regards Norway as its next target to sell Chunmoo and other weapons.

Hanwha Defense and Hyundai Rotem, the producer of K2 tanks, have tried to bolster their bid for Norway's defense spending and modernization program by establishing strategic partnerships each with Kongsberg Defence & Aerospace (KDA), a Norwegian supplier of defense and space-related systems and products.

Originally, Poland favored U.S.-made M142 high mobility artillery rocket systems (HIMARS) capable of firing GPS-guided rockets, which have been in high demand since they were used by Ukrainian forces to launch precision strikes on crucial Russian targets such as ammunition dumps, command posts and bridges. Chunmoo became a promising substitute as Lockheed Martin may not meet Polish requirements.

Chunmoo is an important strike system for the defense of North Korea's long-range artillery, and it is fired and controlled by the Army Tactical Command Information System (ATCIS), or C41, which helps commanders make quick decisions and share real-time information with nearby units and make a fast decision for an optimal data-based attack recommended by an advanced command and control system.

South Korea has stepped up efforts to develop an upgraded C41 system to cope with sudden strikes by North Korea's long-range artillery and large-caliber multiple rocket launchers, which pose a grave security threat due to the geological vulnerability of Seoul, the densely populated capital which is not far away from the border. Most of the North's artillery equipment is positioned in concrete bunkers and tunnels.

South Korea has strived to develop an independent three-tier aerial and missile defense system, based mainly on technology it has acquired through a joint project involving South Korean and Russian defense firms. Because U.S companies are reluctant to transfer technology, South Korean developers have forged strategic partnerships with Russian firms including Almaz Antey.

The L-SAM, based on the Russian S-400 technology, is an upper-tier interceptor to offer capabilities similar to that of the Terminal High Altitude Area Defense (THAAD) system, an advanced missile shield deployed by American troops in South Korea. The Cheolmae-2 (Cheongung) middle-tier missile defense system can intercept targets at an altitude of up to 40 km. Cheongung with hit-to-kill technology will replace U.S.-made Hawk batteries. A low-tier missile defense system intercepts missiles at altitudes of around 20 kilometers.