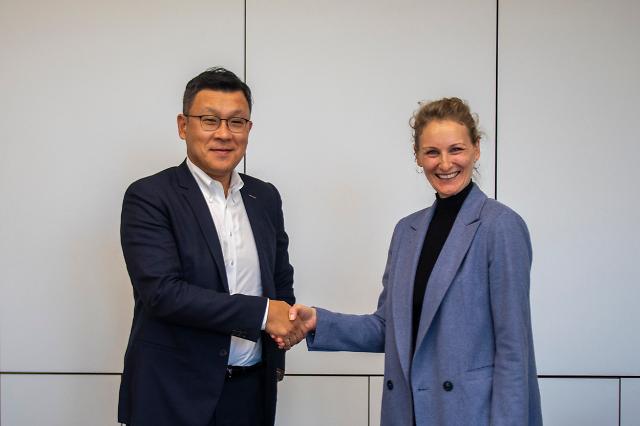 SEOUL -- EOS, a German provider of metal 3D printers, will provide new technologies and cooperate in marketing with Doosan Enerbility, a power plant equipment manufacturer in South Korea, to strengthen their partnership that led to the development of a cobalt alloy 3D printing process used to repair old gas turbines.

EOS will share user feedback and technical needs with Doosan Enerbility. "This cooperation with EOS has laid the foundation for the faster application of world-class 3D printing equipment and technology," Song Yong-jin, head of Doosan Enerbility's strategic innovation division, said in a statement on October 26. "We will introduce more competitive products to the market and establish ourselves as South Korea's leading 3D printing company."

At its production base in the southern city of Changwon, Doosan Enerbility has built a 3D printing fabrication plant with eight metal 3D printers, including the world's largest power bed fusion (PBF) 3D printer that uses a laser or electron beam to melt and fuse material powder together.

PBF technology is useful for the production of high-value products that are not technically feasible with a traditional method. However, the size of parts that can be manufactured with PBF equipment is not big. In February 2022,  researchers from the state-run Korea Atomic Energy Research Institute (KAERI) developed a 3D printer capable of manufacturing one-meter-sized parts with PBF technology