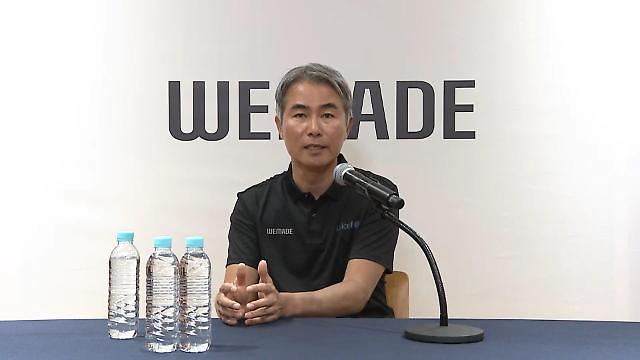 
SEOUL -- WeMade, an online game developer that created "The Legend of Mir," a free-to-play fantasy massively multiplayer online role-playing game, showed a rather positive outlook for its business in China, which has delayed the process of screening applications from South Korean game companies to provide services in the world’s largest gaming market.

"Since a big political event in China is over, business development there will be a little more lively than before," WeMade CEO Henry Chang said in a conference call on October 26, referring to the congress of China's ruling Communist Party that ended on October 22. As yet, WeMade has been cautious in providing a game service in China due to an uncertain business environment.

"The Legend of Mir" uses WeMix, a global blockchain gaming platform, to promote blockchain-based play-to-earn (P2E) games. WeMade's blockchain-based P2E game, MIR4, is available in 170 nations.  Through cooperation with game developers, Chang aims to introduce 100 blockchain games that use WeMix tokens as key currency by the end of 2022. He has presented an ecosystem, in which the inter-game virtuous cycle economy operates with a blockchain network-based non-fungible token (NFT).

Starting with the launch of its WeMix 3.0 mainnet on October 20, WeMade has released a reserve stable coin and a decentralized financial service. NILE, a new economic platform that combines NFT and a decentralized autonomous organization, will be unveiled later through technological advancement. The mainnet was developed to create a public chain where games, decentralized finance protocols and other blockchain services can smoothly transition and join the network.

Due to a sharp increase in labor and advertising costs, WeMade posted a net loss of 88.5 billion won ($62 million) in the third quarter of 2022 on quarterly sales of 108.3 billion won, up 71 percent from a year ago.
However, Chang was optimistic about the long-term prospect of WeMix 3.0, saying it will be "a dominant digital economy platform in art, entertainment, and finance as well as the world's No. 1 game."

Mir M, a new mobile game released in South Korea in June, will combine a blockchain system for its global debut in December.