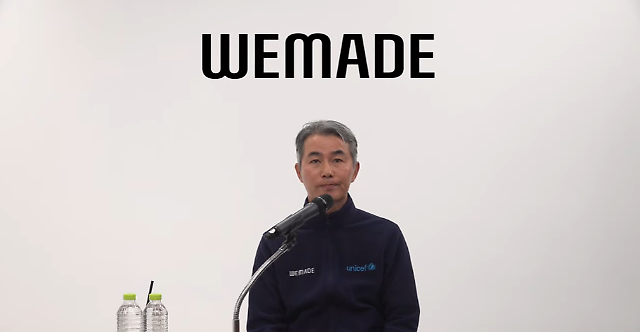 SEOUL -- WeMade, an online game developer that created "The Legend of Mir," a free-to-play fantasy massively multiplayer online role-playing game, has attracted strategic investment from Microsoft and two other domestic investors, shaking off skepticism among individual investors over its aggressive push for the establishment of a digital economy platform.

WeMade said it has secured a fund of 66 billion won ($46 million) from Shinhan Asset Management, Kiwoom Securities and Microsoft. The investment was made in the form of WeMade issuing bearer unguaranteed convertible bonds. Some 21 billion won would come from Microsoft. This is Microsoft's first investment in a South Korean game company.

"It is a meaningful investment involving prestigious financial and strategic investors who have achieved outstanding results," WeMade CEO Henry Chang said in a statement on November 2, vowing to actively invest in building a global digital economy platform.

"Microsoft was very interested in the global digital economy platform that WeMade was trying to move forward with," Chang said. "The digital economy platform we dream of is difficult for us alone. There will be continuous investments and partnerships in various ways because how good long-term partners participate determines the success of our ecosystem."

"The Legend of Mir" uses WeMix, a global blockchain gaming platform, to promote blockchain-based play-to-earn (P2E) games. Through cooperation with game developers, Chang aims to introduce 100 blockchain games that use WeMix tokens as key currency by the end of 2022. He has presented an ecosystem, in which the inter-game virtuous cycle economy operates with a blockchain network-based non-fungible token (NFT).

Starting with the launch of its WeMix 3.0 mainnet on October 20, WeMade has released a reserve stable coin and a decentralized financial service. NILE, a new economic platform that combines NFT and a decentralized autonomous organization, will be unveiled later through technological advancement. The mainnet was developed to create a public chain where games, decentralized finance protocols and other blockchain services can smoothly transition and join the network.