​Private high school with unique educational model to be opened in S. Korea in 2023 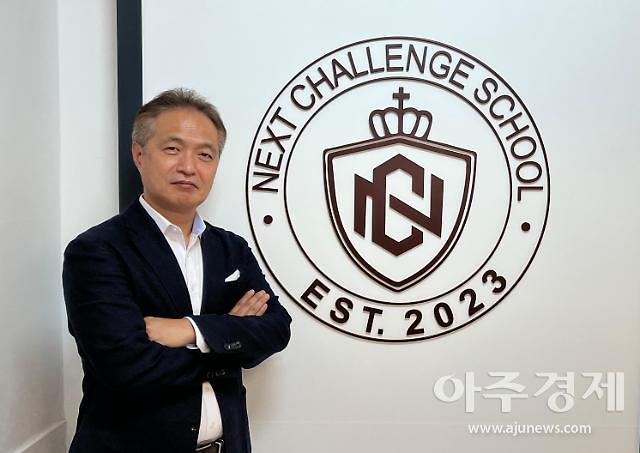 SEOUL -- When Minerva University headquartered in San Francisco opened in 2012 the school's unique educational model captured the eyes of parents and educational specialists around the world. Some watched with curiosity while some had doubts about the school's teaching model in which all seminars are conducted as online seminars capped at 19 students to maximize the students' memory skills through deep cognitive tasks.

Although South Korea is gaining global recognition as a country with advanced technology and colorful culture, its education system is somewhat outdated, following the basic model that was set up in the early 70s. Students are taught to enter good universities which will eventually lead them to become successful by working for large conglomerates such as Samsung and Hyundai.

South Korean students are mainly evaluated through the national university entrance exam and it is common for students to delay their university entrance for years to get better grades and apply for universities with a better social reputation. Some students take drastic measures when they feel that they have failed in their life-long course of education while some choose to go to less-favored universities dreaming that they would be in the ranks of "large company employees" if they studied harder and harder.

"South Korean high school education requires substantial change. How are our classrooms? There has been an insufficient change in the classroom environment and teaching methods to induce change in students," Kim Cheol-young, the founder of the Next Challenge School (NCS) based in Seoul, told Aju Business Daily. NCS will open in 2023.

The 56-year-old educator emphasized the importance of educational courses designed to match the eye level of students with high capabilities. "A school must be fun and a place where students want to go. Furthermore, learning needs to be more diversified so that it can match the varying levels and abilities of students."

NCS's pedagogical model was benchmarked after Minerva's. Minerva University students can choose to stay at boarding houses located in different cities including Seoul, London, Taipei, and Berlin. There, Minerva students will engage in online projects that would be evaluated based on online debating sessions and projects.

NCS students will carry out a project involving project-based learning and creative problem-solving. The ninth-grade students will study in South Korea before they will move to classrooms located in other countries including the United States, France, Australia, Israel, Mexico, Thailand, Kenya, and the Republic of Czech. Students of grades ten, 11, and 12 will tour seven foreign cities to experience other cultures.

Students will go through a series of project-based learning (PBL) courses to acquire skills required by universities and society. Kim said that at their foreign study bases, students will be given hands-on experience opportunities to feel the real economy of each country by visiting exhibitions, marketplaces, and industrial areas.

All classes will be carried out in English and the number of first-year students scheduled to enter NCS in 2023 is only 30. "We have decided to only admit a small number of students to maximize the effectiveness of classes. About 30 percent of students will be of foreign nationality for diversity," Kim said.

The NCS founder said the school's goal is to plan their "Grand Vision" to become the game changer who will eventually change the world. "NCS will play the role of an icon that will renovate the educational industry with new innovative teaching models suited for the era of digital and artificial intelligence," Kim said.