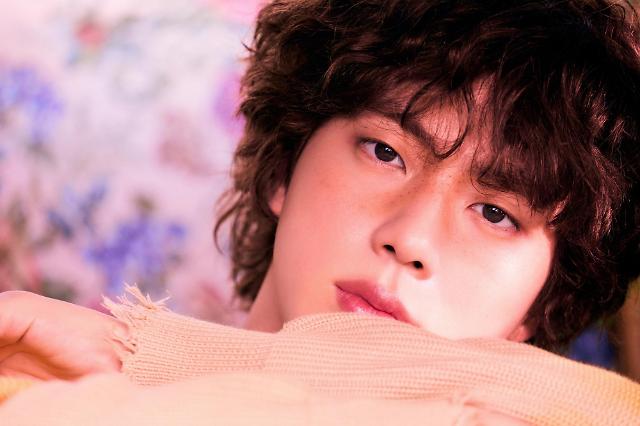 SEOUL --  Jin, the eldest member of K-pop superstar BTS, urged fans to avoid flocking for a farewell gathering on December 13 when he joins the boot camp of a front-line infantry division, which guards the inter-Korean border, to fulfill his compulsory military service.

The 29-year-old will receive five weeks of training for his service at the infantry division known for tough training and military service as well as freezing weather in winter. The boot camp is located in Yeoncheon some 59.5 kilometers (37 miles) north of Seoul. After completing his basic training, Jin will receive his military occupational specialty before being assigned to his unit.

"ARMY can't come to the training center. There are many people besides me, so it can be dangerous because it's crowded," Jin said through Weverse, a fan community platform after the date of his service was disclosed on November 24.

The artist earlier shocked global fans with a sudden decision to fulfill the mandatory military service, ending a wave of social discussions on whether BTS members should be exempted from military service required for all able-bodied males aged 18 to 28. Jin had been allowed to postpone enlistment until the age of 30 by the end of 2022.

During his 18-month service, Jin will be allowed to participate in limited group activities with other BTS members such as concerts outside barracks if top commanders make an exceptional judgment that their reunion will promote national interest. Ahead of his conscription, Jin rolled out "The Astronaut," a first solo single co-written by British rock band Coldplay. Jin gained attention for portraying an alien who unexpectedly landed on Earth and explores the planet in the music video.

Starting with Jin, all BTS members will fulfill their service in South Korea which is still technically at war with North Korea. Dodging military service has been a sensitive issue for celebrities. Steve Yoo, a Korean-born American singer, had gained popularity for his sporty image and explosive dancing style until he acquired U.S. citizenship in 2002. He has been banned from entering South Korea for widespread criticism that he changed nationality to evade military conscription.