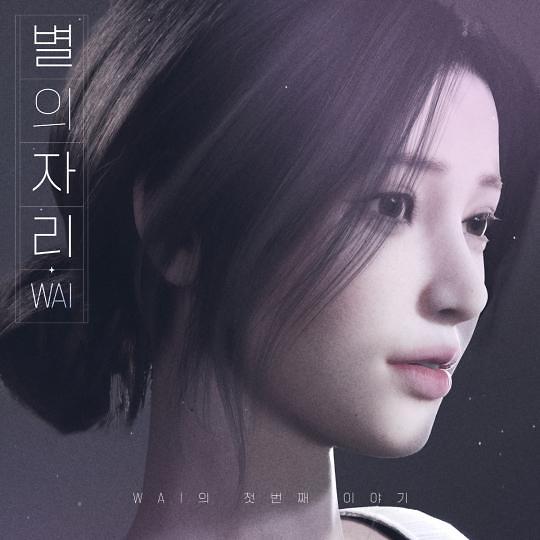 SEOUL -- WAI, a virtual influencer created by the operator of South Korea's famous video streaming service AfreecaTV, will make its debut with a ballad song titled "Want to Be a Star." The virtual influencer created using a full three-dimensional model will also root for South Korea's national football team participating in the FIFA World Cup Qatar 2022.

The music video and the video showing the virtual model's support for the South Korean international football team will be released on AfreecaTV on November 25 at 7 p.m. (1000 GMT). The debut song that features WAI's sentimental voice is about finding a dream after getting through a tough environment. The virtual human will collaborate with different human influencers and perform as an advertisement model and event host on various platforms.

WAI was created based on the 3D model instead of deepfakes which literally create moving picture images of a fake person by compositing another real person's facial images and voice recordings. Deepfakes, frequently used in pornographic videos and fake news, can cause various problems by creating absurd and disgraceful impressions of celebrities.

Many artificial humans are active as models and singers in South Korea. Reah Keem, an artificial musician created by LG Electronics, appeared in January 2022, followed by YuA, a virtual artist created by South Korean game publisher "Smilegate," that released a dance song titled "I Like That."

South Korea's first match against Uruguay ended in a 0-0 draw on November 24. Some 26,000 people gathered at Gwanghwamun Square, an iconic square in central Seoul, to root for the national team. South Korea is in Group H and the next match will be against Ghana on November 28.