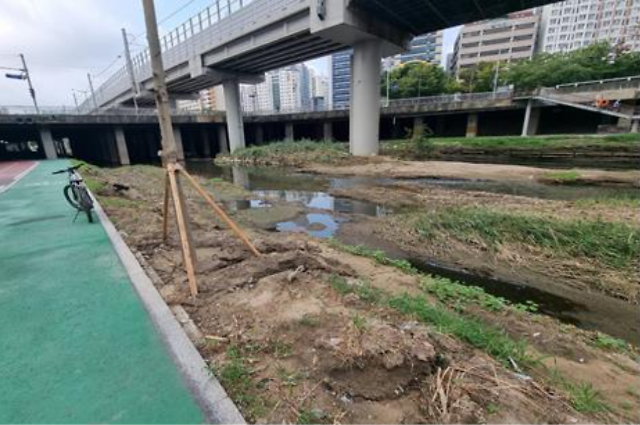 SEOUL -- To establish a safe waterfront environment for Seoulites, the capital city will renovate popular stream and riverside areas by installing safety equipment and replacing outdated facilities with a new model. Safety facilities and disaster monitoring systems will be set up to remotely block access to riverside footpaths and bicycle roads in case of sudden heavy rainfall.

In August 2022, Seoul experienced a life-threatening downpour, inundating homes, cars, buildings, and subway stations and leaving eight people dead. In Seoul's southern district of Dongjak, the amount of precipitation per hour peaked at 141.5 mm, the greatest amount since 1942.

To eradicate such risk factors, Seoul will renovate 20 areas nearby urban streams and rivers including Dorimcheon, a popular stream in southern Seoul. The number of lighting equipment and guidance signs will be increased to protect people riding bikes on bicycle lanes near the river. Closed-circuit television cameras will be installed to monitor pedestrians walking around.

After reorganizing the safety facilities by the first half of 2023, Seoul will carry out projects to improve the stream environment such as reducing odor. By the end of 2023, the capital city will remove materials that cause odor such as sedimentary soils.

"In addition to the renovation project, we will continue to find out and manage factors that threaten Seoulites' safety and cause inconvenience," Seoul's water circulation and safety bureau director Han Yoo-seok said in a statement on December 8. Seoul will also secure more spaces where visitors can rest using idle spaces near streams. A total of 52 billion won ($39.4 million) will be injected.