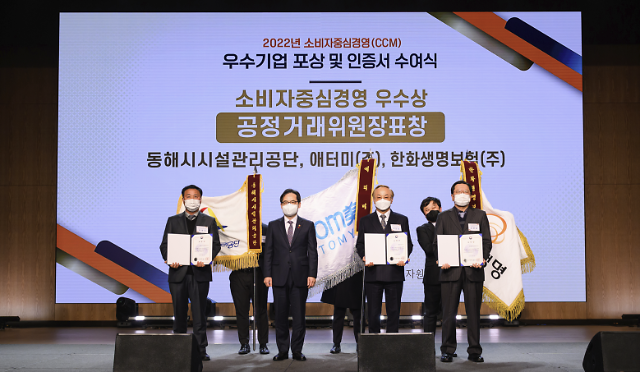 Founded in 2009 by chairman Park Han-gill, Atomy is a global direct distributor that recorded more than 2 trillion won in sales in 2021. The company operates in 24 countries including South Korea, the US, Japan, Malaysia, Australia, Britain, Kazakhstan China. Its main products are health functional foods and cosmetics. Atomy’s herbal product HemoHIM recorded sales of more than 370 billion won at home and abroad as of 2021.

Atomy said in a statement on December 9 that Park was awarded by the Fair Trade Commission for being a company with high consumer-centered management (CCM) capabilities. "Customers are at the center of Atomy's services in the global market," Park said in a statement. Park promised to make Atomy a company loved by more customers.

After being recertified as a CCM company by the consumer agency in 2021, the company developed various plans to continue its philosophy of "consumer first" by developing education programs for its workers and setting up behavioral guidelines for executives and employees. The company also sought to improve customer services by improving the global customer service channels as well as conducting digital transformation to provide convenience for consumers.

According to the direct selling company, Atomy also recognized as a CCM company by Japan's consumer ministry. The company adopted artificial intelligence-based chatbots to respond to consumers' voices 24 hours a day. "Consumers' profit is the key point of our sustainable company management," Atomy's CCO Do Kyung-hee said.