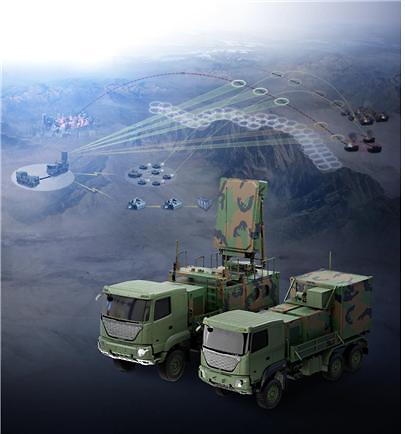 SEOUL -- South Korea's arms procurement agency has partnered with LIG Nex1, a defense contractor, to develop a high-performance counter-battery radar system in an effort to replace outdated radars that are currently in use.

According to DAPA, the counter-battery radar's ability to detect moving projectiles will be upgraded by 200 percent compared to the current TPQ-36 and TPQ-37 models currently used by the military. The new weapon-tracking radar will also have 14 percent enhanced detection accuracy with the ability to distinguish rocket-assisted projectiles (RAPs).

Because counter-battery systems are commonly deployed with artillery divisions, it is important for the radar to have the capability to be easily deployed and packed away to keep up the moving speed with their division. Artillery divisions follow the doctrine of "fire and move," to avoid getting struck by enemy artilleries using weapon-tracking systems. DAPA said the new radar system would take 60 percent less time when deploying and 33 percent less time when packed away. The radar can also be operated remotely to have about ten times more operable range than conventional counter-battery radars.

"Through this project, our military forces will be able to acquire the eye of our artillery soldiers, enabling them to find the launcher location more rapidly and accurately. We will also contribute to the incubation of defense technologies by localizing a high-performance counter-battery radar," DAPA official Park Jeong-eun said in a statement on December 12.