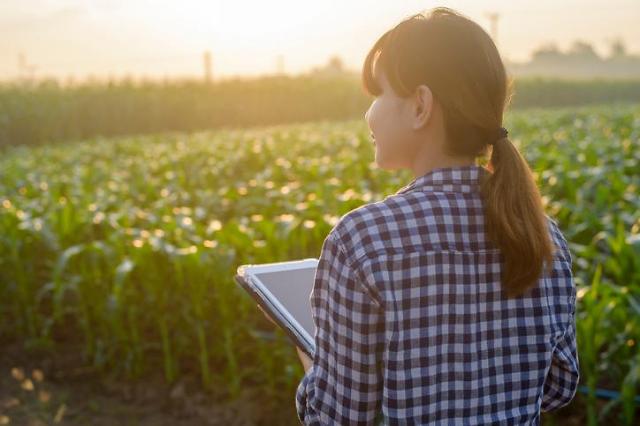 SEOUL --  A prominent state research institute has partnered with a domestic petrochemical company in an effort to accelerate the development and commercialization of green biotechnologies, the application of plants, and other photosynthetic organisms with the aim to boost agricultural or industrial production.

The Korea Institute of Science and Technology (KIST) said that the institute and Isu Chemical Company jointly opened a cooperative laboratory called "Linking Lab" in Gangneung City some 168 kilometers (104 miles) east of Seoul. KIST and Isu will cooperate to develop natural products, and standardize and commercialize green biotechnology for smart farms.

Isu Chemical Company established in 1969 started to focus on the development of smart farm technologies during the last few years. The company built a smart farm sized about seven football fields in China's northwestern Xinjiang region to test indoor farms that can withstand the harsh weather of the northern regions.

The petrochemical company also signed a memorandum of understanding with the Uzbekistani government in June 2022 to build an agricultural laboratory for the country's agriculture ministry and smart farms to test various technologies. Isu also forged a partnership with KIST in May to jointly develop smart farm technologies.