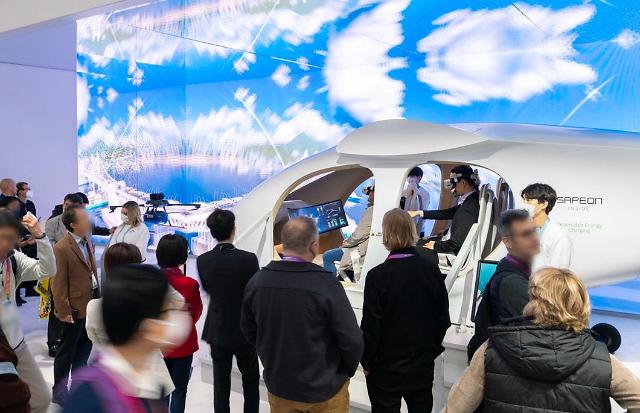 South Korea launched a public-private consultative body called "Urban Air Mobility Team Korea" was launched in 2020 to commercialize flying taxis in Seoul by 2025 under a government roadmap that will enact a special law to introduce urban air mobility (UAM) ecosystems covering personal air ahead of other countries.

UAM is an ecosystem covering personal air vehicles (PAVs) and infrastructure such as a new navigation system, take-off and landing fields and charging technologies. PAVs or flying cars are emerging as a future system of travel to avoid traffic jams on urban roads as the doorstep-to-doorstep average speed for cars is predicted to degrade further.

Some dozens of visitors to CES flocked to the booth operated by SKT on January 6 to jump into a simulated air taxi flying above the southern port city of Busan. The mobile carrier also introduced an artificial intelligence semiconductor called “SAPEON.” Using the AI chip, UAM service operators can effectively reduce the power consumption of flying vehicles.

The South Korean mobile communication giant also showcased a "Virtual Power Plant" that could be used for the prediction of energy consumption of vertiports where flying taxis land, charge their batteries, and pick up customers. "We plan to establish a UAM ecosystem which we can proudly showcase to the world by adopting various information communication technologies and lead the UAM technology sector by utilizing our excellent partners," an SK official said.