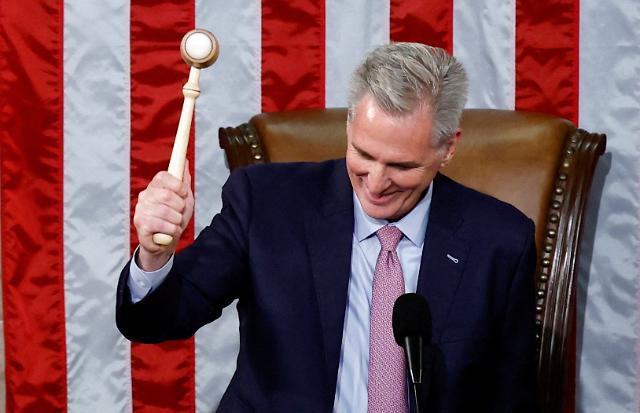 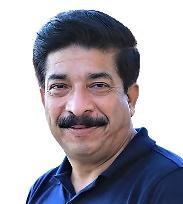 [This article was contributed by Dr. Imran Khalid, a freelance writer based in Karachi, Pakistan. He was qualified as a physician from Dow Medical University in Karachi in 1991, and has a master's degree in international relations from Karachi University.]

KARACHI -- Finally, after four days of grueling ballots that were laced with coercing, pleading, arm-twisting, bribing, and finger-jabbing, Kevin McCarthy was able to flip some 20 conservative holdouts to become his supporters – or at least not explicit opponents in his bid to Speakers’ gravel.

This kind of intraparty standoff is unprecedented in modern times. With 15 ballots - not since 1860 in the build-up to the American Civil War has the lower chamber of Congress voted this many times to pick a speaker - and a midnight vote that witnessed a near-fistfight, McCarthy has been eventually elected a Speaker of the House of Representatives.

Factually speaking, the whole saga reflects a very embarrassing episode for the Republicans who were in a kind of pseudo-ecstasy after winning a majority in the House, albeit tissue-paper thin, in the midterm polls. Without any shadow of a doubt, taking oath after four days of intense bargaining and compromises, McCarthy’s position has been very much weakened despite the claims by his supporters who are trying to portray his marathon efforts in 15 rounds of voting as a reflection of his tenacity.

Interestingly, McCarthy himself is also trying to put up a brave face and uplift the morale of his supporters by using some optimistic quotes to smoke the wounds of this bitter episode. “My father always told me, it’s not how you start, it’s how you finish…Now the hard work begins,” McCarthy said to his supporters after taking an oath to show his optimism.

The fact is that McCarthy has made many generous compromises and concessions to the conservatives that will seriously hamper his handling of the House in the coming days. He conceded to the most crucial demand of the conservative holdouts pertaining to the “motion to vacate”, giving power to any of 435 members of the House to initiate a vote on whether to remove the Speaker at any time.

The motion to vacate allows that even one legislator can trigger a vote of no-confidence against the speaker. As per the existing rule, five members are needed to launch any such vote to remove the speaker, but the conservatives have been demanding a change in the rule to allow any single member to initiate such proceedings – making McCarthy and all subsequent speakers vulnerable to uncertainty.

Although the holdouts have promised not to abuse this privilege, McCarthy's position will remain unstable because the conservatives may resort to using this rule to keep creating problems for him in running the House. Another important concession promised by McCarthy is related to the process of passage of different bills in the House, which over the years have tilted towards more behind-closed-doors negotiations and passed on short notice with little debate. The conservatives want the return of the detailed process of the olden days and McCarthy has yielded to this demand.

While reverting back to the traditional rules of the legislation in the House is a good cause in its spirit, it creates more complications for McCarthy in steering the House as well as it will pile up a lot of legislative burdens.

He also promised to his opponents within his party to pursue deep cuts in government spending to achieve a balanced federal budget in 10 years, beginning in October. For quite some time, the conservatives have been seriously criticizing the unprecedented surge in federal spending and they demanded from McCarthy to employ restraints during his speakership. Obviously, being in majority, Republicans have the leverage to control the budget levels, but they will be compelled to bargain with Democrats in the Senate to approve spending legislation.

But, in a divided Congress, compromises are a necessity, and McCarthy’s concessions raise the specter of a deadlock between the two parties to reach a deal when the federal government comes up against its $31.4 trillion debt limit later this year. In case of their failure to reach an agreement or even a long standoff, has the potential to trigger a journey toward default that would jolt the global economy.

Though McCarthy has surrendered to this tricky demand of his detractors, it will be very difficult for him to keep this promise, which has all the potential to plunge the American and global economies into massive turmoil. The list of concessions committed by McCarthy is fairly long and he is given too much in his bid to win the support of the holdouts.

Other wins for the conservatives are more vague and include provisions in the proposed deal to increase the number of seats available on the House Rules Committee; to mandate 72 hours for bills to be posted before votes; and to promise to try for a constitutional amendment that would redefine federal limits on the number of terms a person could serve in the House and Senate. The chaotic start to the new Congress, that too from within the Republican majority, will be quite problematic for McCarthy in the same way that some of his Republican predecessors, including former Speaker John Boehner, had problems in dealing with a cohort of rebellious right-wingers, which resulted in premature resignation of Boehner.

The holdouts have used their bargaining position very effectively and their demands, if implemented, will certainly curtail McCarthy’s influence over the Congress as well as Republicans. Shrinkage of the power and authority of the speaker’s office will negatively impact the drafting and passing of legislation – which does not augur well for democracy in the United States in the long run. Ceding powers to an extremist group of the party, despite full-fledged support of Donald Trump, who actually claimed credit for McCarthy’s win in the speaker fight, is going to cast its long shadow over Republicans’ intent to create problems for President Biden by launching much-hyped investigations into his family business and administration.

Regardless of the fact that the conservative group within Republicans comprises less than two dozen members, they have exploited McCarthy very astutely and they will soon start a new palaver in the House to ensure their existence. It will be interesting to see how McCarthy and Trump maneuver this group to have smooth sailing.