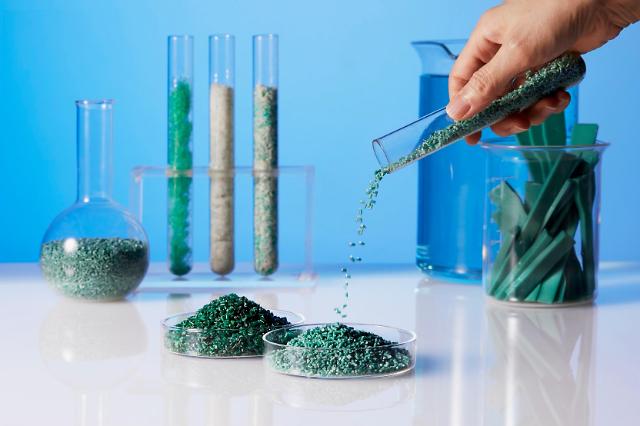 About 50 percent of ocean waste in South Korea is composed of fishnets and buoys made of plastic. Fishnets that are lost or abandoned cause damage to the marine environment. Biodegradable fishnets are currently being developed and distributed to reduce damage caused by marine waste. Still, the distribution is at its early stage and the recognition of biodegradable fishnets among fishermen is very low.

A pyrolysis process breaks down plastics and vinyl to convert waste into oil. The oil is processed into medium crude and light oil which can be used as fuel or for lubricants. Different pyrolysis techniques are widely researched to tackle environmental problems. LG Chem revealed its plan in 2022 to build a "supercritical" pyrolysis plant capable of recycling up to 80 percent of waste sources in Dangjin some 81 kilometers (50 miles) south of Seoul in 2024.

LG Chem said that the company signed a memorandum of understanding with NETSPA to cooperate in the establishment of a recycling-based resource circulation system. NETSPA will selectively categorize and process plastic-based waste from collected marine waste, and LG Chem will use the processed waste to manufacture recycled plastic. The South Korean chemical company said that the recycled plastic material would become stable source material for the pyrolysis plant in Dangjin.

"LG Chem and NETSPA both hope that this partnership will achieve two goals -- the protection of marine ecosystem and reduction of carbon emissions," LG Chem said, adding that some 50,000 tons of marine waste is generated domestically every year and many of collected waste was incinerated. When recycled plastic is reused for pyrolysis and other purposes, the carbon emission will be reduced by about three times compared to the usage of other fossil fuel-based products.

"We will accelerate the development of eco-friendly technologies and businesses for the resource circulation of marine waste and sustainable growth," LG Chem's petrochemical business division head Noh Guk-rae said in a statement on January 12.