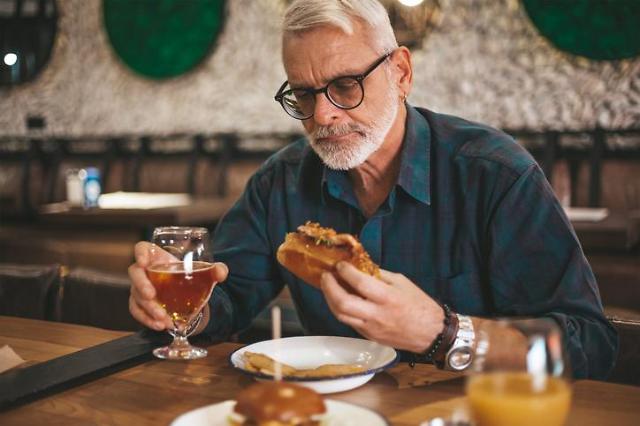 
SEOUL --  Old people who eat alone are more likely to show a higher frailty scale than those who eat with others, a joint study by South Korean doctors showed. Doctors said the feeling of social isolation felt during meal times affected the aging process by causing depression and malnutrition.

The term frailty normally refers to an aging stage that could develop into elderly diseases. The clinical frailty scale is decided by measuring the functional status of the body and mind of target subjects who are aged 65 years and older. The key points observed include -- the ability to move without walking aids, balance, eat, dress, shop, and cook.

According to a study of 2,072 aged between 70 and 84 who participated in a program by the Korean Frailty and Aging Cohort Study, conducted by doctors from Samsung Medical Center and Kyunghee University Medical Center in 2016 and 2017, the correlation between lone dining and the development of frailty was significant.

When the study was kicked off in 2016, none of the participating elderlies showed signs of frailty and 353 people (17 percent) were lone diners. In 2017, the doctors found that the lone diner group showed symptoms of weight loss, fatigue, and loss of muscle strength.

"This study showed that it is more important to have a dining companion as people get older," the researchers said in a statement on January 17. The doctors said that government policies should be made to develop social programs that encourage old people to eat with other people.