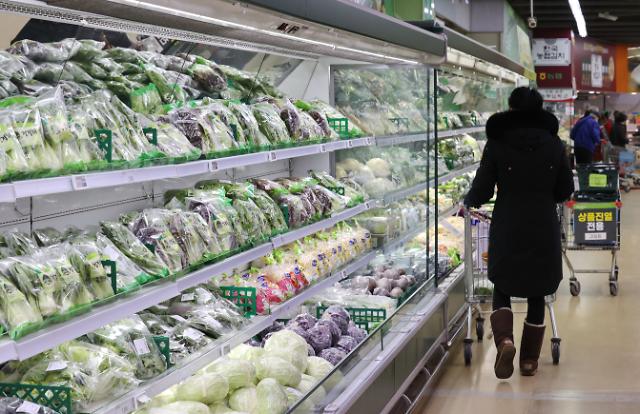 SEOUL --  Producer prices hit a 14-year high last year, driven by runaway inflation arising from high global oil and gas prices and the falling value of the Korean won against the U.S. dollar.

According to the Bank of Korea (BOK) on January 20, the producer price index jumped 8.4 percent in 2022 from a year before, marking the highest growth since 2008 when the index surged 8.6 percent.

However, the rising trend has been reversed in the last two months of 2022 as global oil and gas prices were stabilized at lower levels and the strong dollar reached a plateau.

The central bank said monthly producer prices edged down by 0.3 percent in December from a previous month. In November, the prices also dropped 0.3 percent. The fall for the two consecutive months indicated that inflationary pressure will be eased to a certain degree this year.

Suh Jung-seok, price data department chief at the BOK, said producer prices fell for the second month in December, affected by falling global oil prices and the weakness of the dollar against the won, while prices of farm and fisheries products went up slightly.

According to Statistics Korea, consumer prices soared an estimated 5.1 percent in 2022 from a year before due to runaway inflation. Monthly consumer prices increased 5 percent year-on-year in December, after surging 6.3 percent in July -- the steepest since November 1998.

The central bank conducted a set of interest rate hikes to tame inflation last year, but failed to meet its price target of 2 percent. The latest hike came on January 13 when the BOK raised its key interest rate by 0.25 percentage point to 3.5 percent, the highest level since late 2008.

The BOK’s rate-setting Monetary Policy Board predicted that consumer prices will grow by around 5 percent in the first two months of this year, but that they will be stabilized at a lower level of around 3.6 percent for the entire year amid falling demand and an economic downturn.